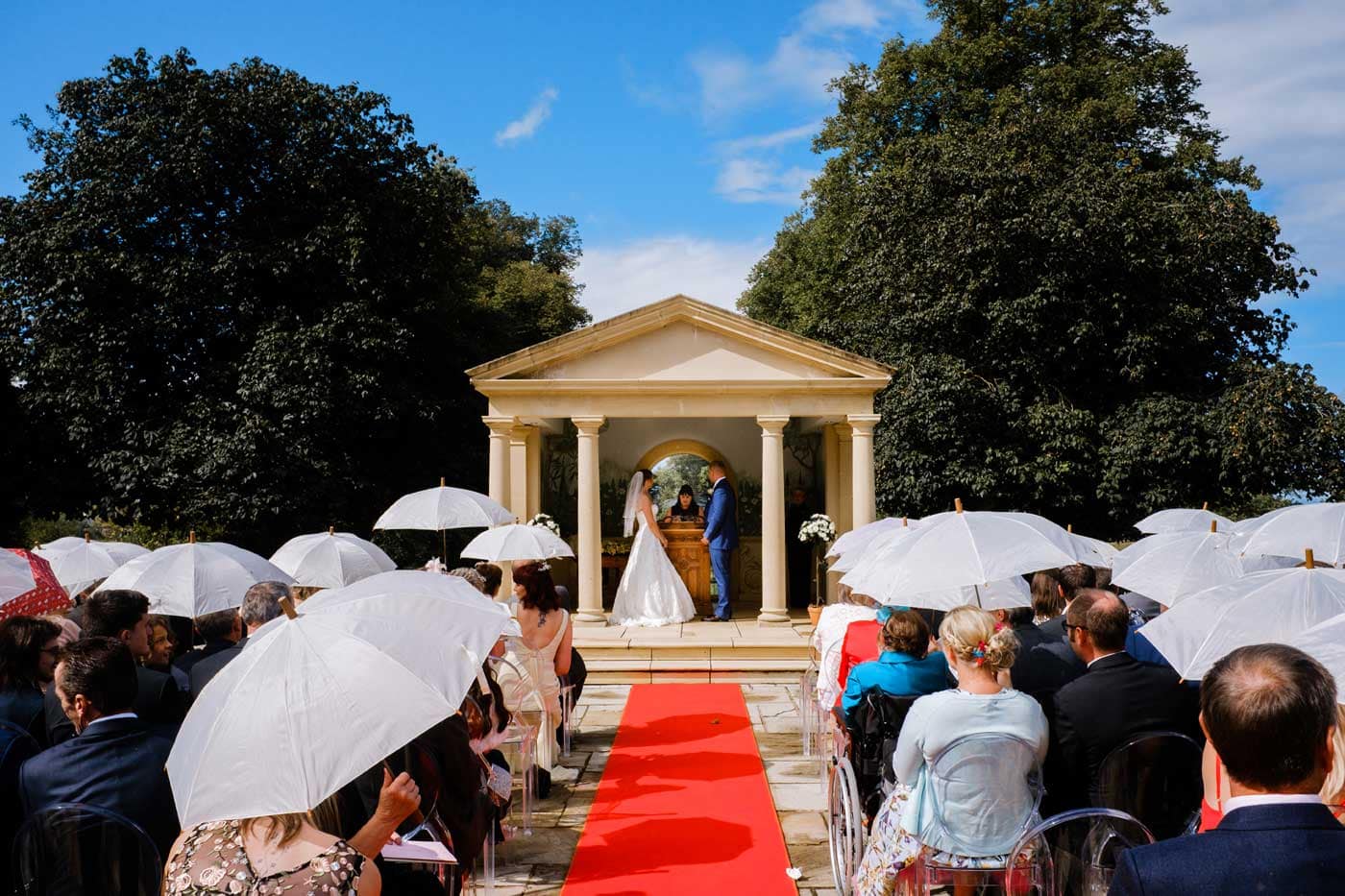 I first met Matthew when I photographed his sister Hollie’s wedding, who had their Hampton Manor wedding just over a year earlier. I was so happy when he got in touch asking me to be their Shropshire wedding photographer, as I was able to meet up with their family again.

Rachael chose the luxurious Orchard Suite at Rowton Castle with it’s many mirrors and ornate chandeliers, making for a fairytale setting for her preparation in the morning.

My most touching part of the day had to be when, in the morning Rachel asked me to give her father a surprise hip flask gift with an engraved message. The inscription reduced him to tears. As you’d expect, photos to follow later.

What a fab wedding this proved to be! From start to finish, it had it all. First, there was the aforementioned tears. Then there were showers from nowhere, having everyone scurrying for shelters. Everyone remained light-hearted about it, not allowing anything to dampen their spirits. As quickly as it came, the showers were gone, so everyone dashed back outside in the glorious sunshine.

It was touch and go whether their outdoor ceremony was going ahead, because of the constant showers. But at the last moment the green light was given and everything went well, apart from another brief shower, when umbrellas were at hand for the guests to keep dry.

But would we be able to dodge the showers for the rest of the day? Yes and no! During the group photos, literally within seconds the sky turned black and a massive shower of rain came down for half and hour. Look out for the photo as everyone ran for cover! Then as if the switch was turned off, the rain was gone within seconds and the rest of the day was wall-to-wall sunshine, allowing us to continue with their photos outdoor!

As for the bestman’s speech, I knew it was expected to be a risqué when the groom’s mother was given a red card to hold up if his speech went too far and he needed to be pulled back!

While concentrating on a documentary approach during the day, I’ll sometime borrow the bride and groom for a 5/10 mins during the evening for a few night-time photos. This Shropshire venue was the perfect backdrop for some of my favourite shots of the day (or I should say night).

I felt privileged too to that this castle wedding was also featured on the “Love Our Wedding” blog.

Their Shropshire Wedding Story in Their Words

How You Met: Both working for ambulance service and mutual friend set us up together.
How He Proposed: Surprise get away to new York with the worst snow fall in recent history, we got snowed in and he proposed in our hotel then celebrated with bubbles.

Rachael’s Answer: Walking down the isle with my dad towards my future husband and the feeling of total calm, it was the only part of the day that went into slow motion.

Matthew’s Answer: Turning round to see her walking towards me down the isle and the amazing day with my wife and family.

Enjoy every second as it will be the fastest day of your life, have moments of just standing still and taking it all in.

Looking for your Shropshire Wedding photographer?

If you’re planning your Shropshire wedding, I’d love to be involved. Feel free to contact me.